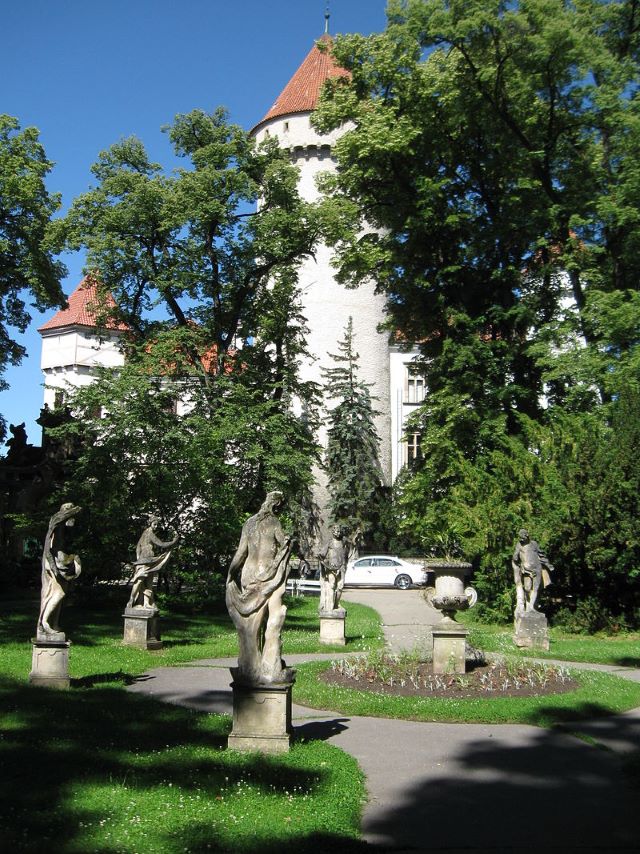 Location: Benešov, Czech Republic.
Built: 1280s.
Condition: In good condition.
Ownership / Access: --
Notes: Konopiště (Czech pronunciation: [ˈkonopɪʃcɛ]; German: Konopischt) is a four-winged, three-storey château located in the Czech Republic, about 50 km (30 mi) southeast of Prague, outside the city of Benešov. It has become famous as the last residence of Archduke Franz Ferdinand of Austria, heir to the Austro-Hungarian throne, whose assassination in Sarajevo triggered World War I. The bullet that killed him, fired by Gavrilo Princip, is now an exhibit at the castle's museum.The castle was apparently established in the 1280s by Prague Bishop Tobiaš as a Gothic fortification in the style of a French castle with a rectangular plan and round towers protruding from the corners, making the most effective defence possible. Accounts show that the Benešévic family from nearby Benešov were the owners in 1318, and that in 1327 the castle passed into the hands of the Šternberks. In 1468, it was conquered by the troops of George of Poděbrady after a siege that lasted almost two years.

How To Get To Konopiště (Map):