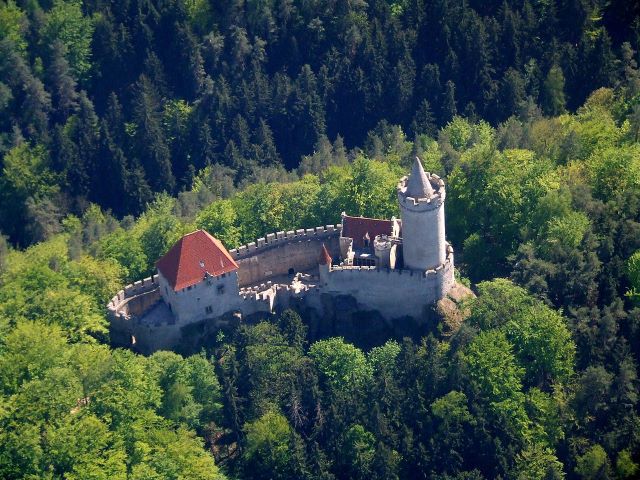 Location: Mělník, Czech Republic.
Built: 14th century.
Condition: Ruins..
Ownership / Access: --
Notes: Kokořín Castle (Czech: Hrad Kokořín) is a castle located some 10 km (6 mi) northeast of Mělník, Czech Republic. It was built in the first half of the 14th century by order of Hynek Berka z Dubé. It was heavily damaged during the Hussite Wars and stood in ruins until the reconstruction campaign of 1911–1918. It was nationalized in 1948 and has been designated a national cultural landmark since 2001. The nature preserve of Kokořínsko takes its name from this castle.