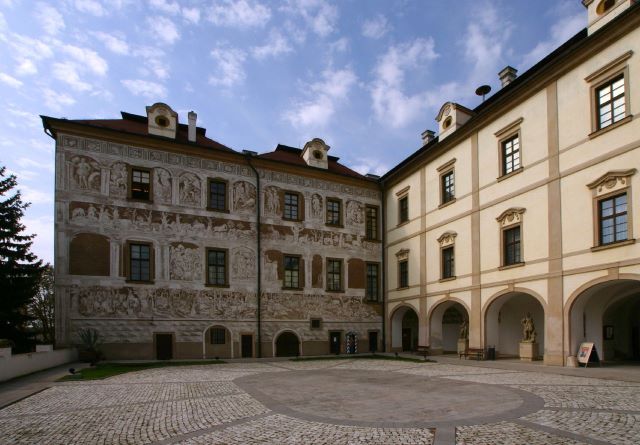 Location: Central Bohemian Region, Czech Republic.
Built: 1758.
Condition: In good codition.
Ownership / Access: --
Notes: Benátky nad Jizerou (Czech pronunciation: [ˈbɛnaːtkɪ ˈnadjɪzɛrou̯]; German: Benatek) is a town on the Jizera river in the Central Bohemian Region of the Czech Republic, between the cities Stará Boleslav and Mladá Boleslav. The city was the site of a castle and observatory built by astronomer Tycho Brahe. Johann von Klenau, the Habsburg general, was born at the castle in 1758. His old Bohemian family owned the castle at the time. The brothers František, Jiří Antonín, Josef and Jan Jiří Benda were born here. They were to later find fame as composers and performers in Germany where many of their descendants also became successful musicians.

How To Get To Benátky nad Jizerou (Map):