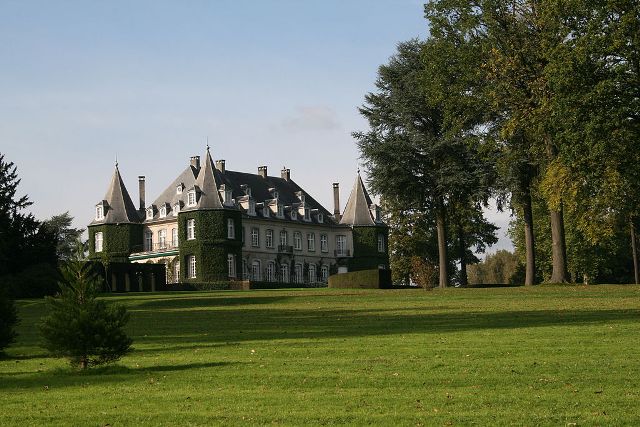 Location: La Hulpe, Belgium.
Built: --
Condition: In good condition.
Ownership / Access: Owned by the regional government of Wallonia.
Notes: Solvay Castle (French: Château Solvay, also called Château de La Hulpe), is a château located in the municipality of La Hulpe, Walloon Brabant, Belgium. The château was built by the Marquis Maximilien de Béthune. Jean-Jacques Arveuf-Fransquin of France and the Belgian architect Jean-François Coppens (1799–1873) were given the task of building the castle, which was completed in 1842. It was erected on the summit of a hill, in Flemish Neo-Renaissance style, flanked by towers at each of the four corners. In the late 19th century, the house and estate were acquired by Ernest Solvay, and have since been known as the Domaine Solvay. Today the property is owned by the regional government of Wallonia, and is classified as an "Exceptional Heritage Site in Wallonia." The grounds are open to the public.

Solvay Castle On Wikipedia
Opt.be: Solvay Estate and the Castle of La Hulpe