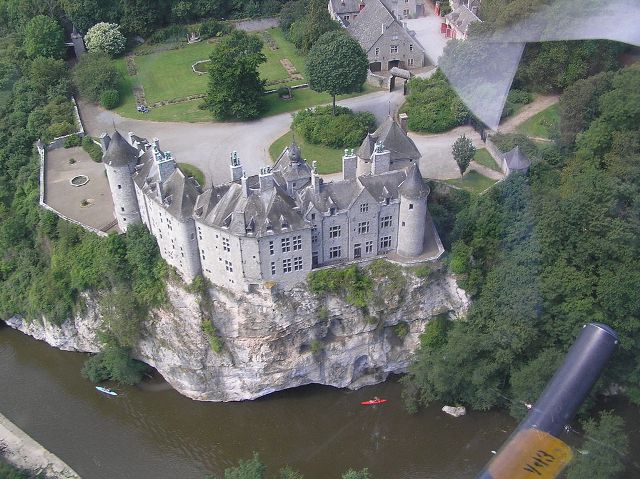 Location: Dréhance, Dinant, Belgium.
Built: 13th-15th century.
Condition: In good condition.
Ownership / Access: --
Notes: Walzin Castle is a castle in Belgium in the province Namur over the river Lesse near Dinant. Construction began in the 13th century, and the 15th-century Renaissance horseshoe tower with four cannon ports still exists, even though the castle was burned down by the French army in 1554. There were several restorations later, the latest by Baron Fréderic Brugman between 1930 and 1932. Victor Hugo made a drawing of it in 1863.

How To Get To Walzin Castle (Map):