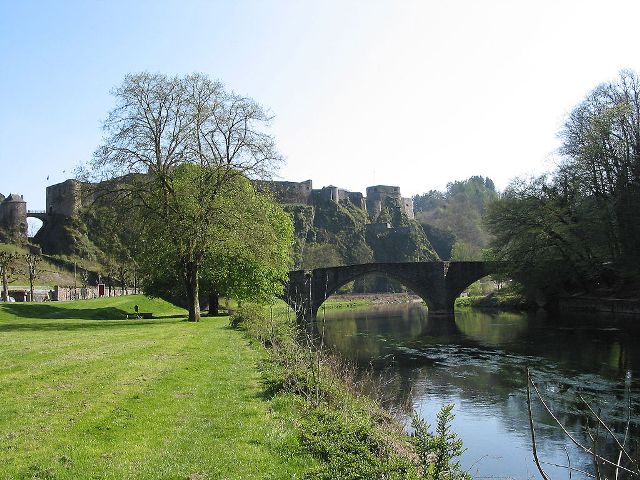 Location: Bouillon, Belgium.
Built: mentioned first in 988.
Condition: In good condition.
Ownership / Access: --
Notes: Bouillon Castle (French: Château de Bouillon) is a medieval castle in the town of Bouillon in the province of Luxembourg, Belgium. Although it was mentioned first in 988, there has been a castle on the same site for a much longer time. The castle is situated on a rocky spur of land within a sharp bend of the Semois River.In 1082, Bouillon Castle was inherited by Godfrey of Bouillon, who sold it to Otbert, Bishop of Liège in order to finance the First Crusade. The castle was later fitted for heavy artillery by Vauban, Louis XIV's military architect in the late 17th century.

How To Get To Bouillon Castle (Map):