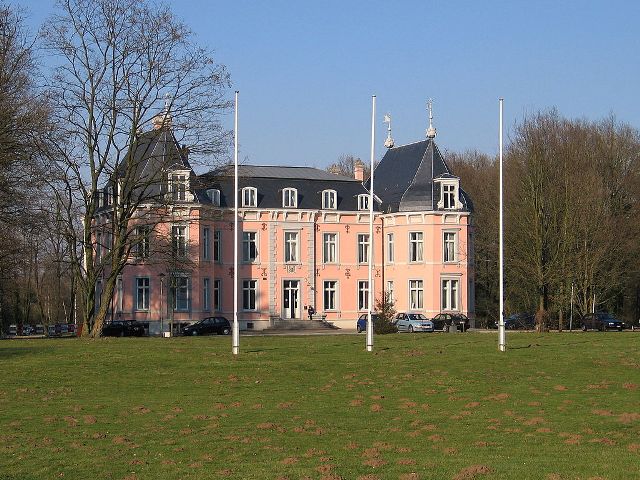 Location: Heusden, Belgium.
Built: 1380s.
Condition: In good condition.
Ownership / Access: --
Notes: Meylandt Castle (Dutch: Kasteel Meylandt) is a country house, on the site of an earlier castle, in Heusden in the municipality of Heusden-Zolder, province of Limburg, Belgium. Although the site has been in use since the 1380s at the latest, the present building was constructed in 1907, replacing an earlier house of 1842.