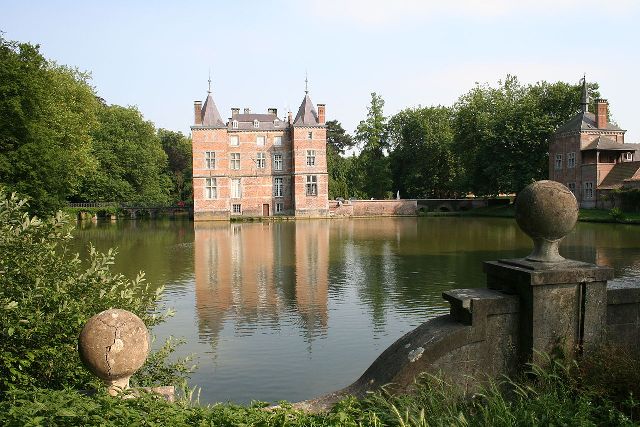 Location: Anvaing, Frasnes-lez-Anvaing, Belgium.
Built: 1127.
Condition: In good condition.
Ownership / Access: Privately owned.
Notes: Anvaing Castle (Château d'Anvaing) is a castle in the village of Anvaing in the municipality of Frasnes-lez-Anvaing, province of Hainaut, Belgium. A castle was known here as early as the time of the First Crusade. The first dated reference is from 1127. There is little documentation of the buildings on the site however until the reconstructions of 1561 and 1800. The owners were apparently the Roubaix family, judging from the arms on an early part of the building, and later the Lannoy family, whose descendants still own it. The castle is chiefly notable as the place where on 28 May 1940 by order of King Leopold III the capitulation of the Belgian forces after the Battle of the Lys was signed. Stéphanie de Lannoy, Hereditary Grand Duchess of Luxembourg, grew up in the castle.