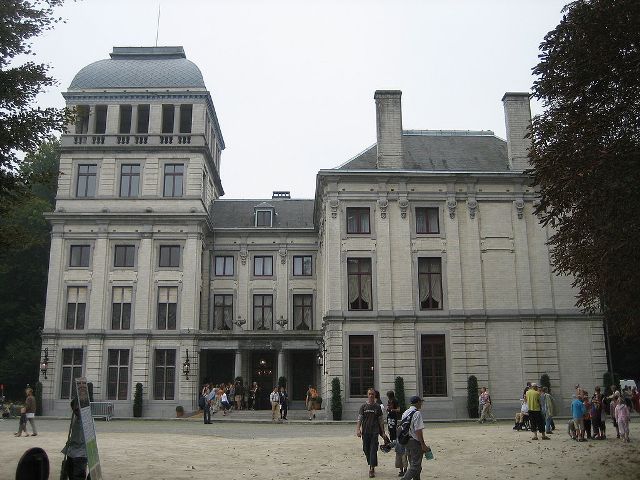 Location: Oudergem, Belgium
Built: 1780.
Condition: In good condition.
Ownership / Access: Belgian Royal Trust.
Notes: The Château of Val-Duchesse (French: Château de Val-Duchesse, Dutch: Kasteel van Hertoginnedal) is a former priory situated in the municipality of Auderghem in the Brussels Capital Region of Belgium. The château is owned by the Belgian Royal Trust. It played an important role as a venue for negotiations in Belgian and European politics after World War II. In 1956, Paul Henri Spaak led the Intergovernmental Conference on the Common Market and Euratom at the château, which prepared the Treaties of Rome in 1957 and the foundation of the European Economic Community and Euratom in 1958. The first formal meeting of the Hallstein Commission, the first European Commission, under the presidency of Walter Hallstein, was held on 16 January 1958 at the château. More recently, it has twice hosted the Belgo-British Conference, in 2002 and 2006.

Château of Val-Duchesse On Wikipedia