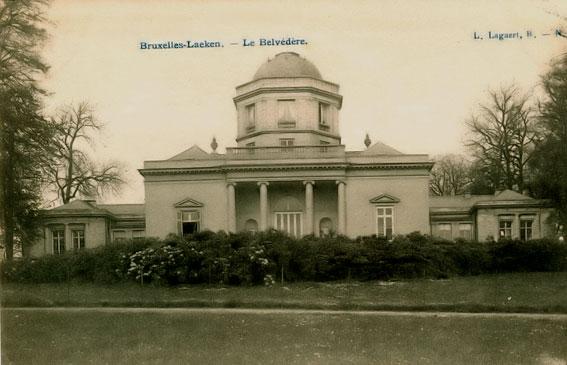 Location: Laeken, Belgium
Built: 1780.
Condition: In good condition.
Ownership / Access: Currently houses Albert II of Belgium and his wife Queen Paola of Belgium.
Notes: Belvédère Castle (French: Château du Belvédère Dutch: Kasteel Belvedere) is a Belgian royal castle in Laeken, Belgium which currently houses Albert II of Belgium and his wife Queen Paola of Belgium.Belvédère Castle was originally built in the 1780s, but the castle was bought by King Leopold II in 1867. The castle was meant for his sister Carlotta of Mexico, but she chose to live in Tervuren which left Belvédère empty for a while. In 1890 a fire broke out in the Royal Palace of Laeken and King Leopold and his wife Marie Henriette of Austria moved to Belvédère while repairs took place. Once the repairs were finished Leopold and Carlotta moved back to the Royal Palace, while Belvédère became the residence of their youngest daughter, Princess Clementine. She lived in Belvédère until her father died and she got married, leaving the castle for the Royal Palace. From there the castle was occupied by different members of the royal court. In 1958 was used for exhibitions during the World Expo. The following year the newlyweds Albert II and Paola moved to Belvédère, which expanded to 12 acres, having acquired parts of a local park. All three of the royal couple's children were born and raised in Belvédère. After the couple became the monarchs of Belgium, they stayed at the castle instead of moving to the Royal Palace.